I think my relationship with Social Media is an Extension, not a Replacement for Who I am. It’s not much different from the days I would grab my trusty telecaster and rock a room full of people (but a lot more mundane), right?

As a 20th century vintage human I recall the world before the Internet pretty clearly. It’s impossible to overstate how little we missed what we did not yet have.  Cell phones were the props of movie villains and ridiculously non portable.

In some ways we were blissfully ignorant of the nature of the “High Tech” items in late 20th century every day life that seemed amazing. For example-the Fax machine was nothing but a glorified telegraph, it would either print or it wouldn’t. On/Off. Simple. The analog technology ar

ound us occasionally featured maybe a circuit board. At this point we’re still slightly fascinated by monochrome Liquid Crystal Displays. It was not in fact the worst time, unless you were waiting on a phone on a beautiful day, or missed your favorite show. Basically things we’re pretty immune from now.

Then there’s this oddly Rustic aspect of Social Media Now. I never kept a diary of any consequence before Facebook.  It was almost a bygone era thing in general. Well, in a slightly different form its back in a huge way. That alone probably is a good thing despite (and sometimes because of ) some of the stupidity we can occasionally spew. Diaries are among the most important Historical Documents. It will probably seem bizarre to future Historians figuring out just WHY Condescending Willie Wonka had something snarky to say about EVERYTHING.

One thing I’ve noticed is I no longer have as much trouble with people simply not hearing me or not getting most jokes.  The words are there on their own saying what I mean (or showing I can’t express myself for shit) long enough for most people scrolling by to give it a moments thought. Its more than we sometimes gave eachothers words before. I would think thats probably good, right? And its not the worst vehicle for apologues, or the start of an apology,  if you can sound sincere. Despite the lack of a sarcasm Font (thanks Facebook, not even Italics!) the fact it’s there in print means most people could actually get it. So i would say if your delivery on jokes sucked this is probably a godsend.

Back to Me, personally-Not unlike Real World McTeag Internet McTeag is honest. The temptation to get caught up in Fake News just to make a buck was immediately rejected by BOTH! Part of it was I was averse to the blood money it would generate as I would have needed to go Hard Right Sock Puppet Liar to generate cash. The other part would be I felt like there SO MUCH out there summoning my Bigly ability for Fiction I could have out-faked them all.  If you want to say I could have held forth longer and more intensely to build a Market for Left Wing Info I would say ‘Turn on MSNBC (if your 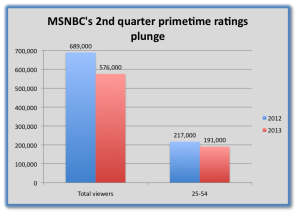 carrieir even bothers to offer it). Theyre reportings not bad but until Maddow comes on theres like 3000 people watching and they have a whole advertising Department with a budget. I can amass as many clicks in a few days as an hours worth of MSNBC would be targeted by. Hell it may even take less, maybe 2 days.  I’m NOT the only person telling the truth (cult leaders say that), but I would never knowingly spread lies. Thats why most articles i publish are linked to Hell and back!

If you were replaced by the way you think you present on the Internet would your real world friends still recognize you? The only way tp make sure is to stay authentic and share some of the bad with all the good.  I still feel true to myself.

Is it all a Waste of Time? Probably gonna be up to History to judge. If the servers are preserved this would be the most well documeted period EVER! Its possible History *might* even applaud us. That is if the Historians aren’t Aliens visiting the bla

Take me to your Followers!

sted remnants of the 21st centuries only major conflict on a lifeless Earth. I mention this mostly because the deadliest nuclear arsenals in the world is in the hands of petulant children and China may currently be the least aggressive nuclear nation in its rhetoric.  America’s “president” Trump has the social media habits of 15 year old girl and a temper to match. His buddy Vlad isnt much more stable, but thats a whole other post.