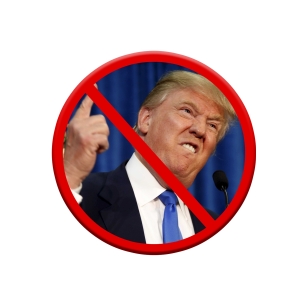 Well we’re about 36 hours out from a crazy lie fest in front of most of both houses of Congress. I’m sure it’s going to be a perversion of what we’re used to. Trump has no decency or civility. Perhaps the roughly one third of you who somehow dig him want to admire his hair helmet? For the 60% of us who are sickened by him? There’s good reason NOT to watch.

For starters Trump’s horrible speech will surely be written at least in part by awful Steven Miller, at the moment his most prominent adviser. Miller’s xenophobic and outright nazi-like rants have already played horribly on TV. Trump will drop this turd of divisive rhetoric like an underdeveloped old skool rapper who only THINKS he can rhyme.  How can I be sure? Well for one thing Trump’s latest petulant rant was against sometime rapper and full time billionaire Jay-Z. Seriously.

So what can we do? One thing would be to just not watch him live for now.  Low Ratings will make him crazy and lets face it, you wont miss much. Here’s just a few reasons-

So spare yourself. Work on that netflix cue or clear off some space on the DVR because there’s just NO POSITIVES to watching the Dear Leader Live.