Last night on FOX and today on CNN OJ Simpson will confirm what we all know; He’s guilty. He was also framed.

It explains everything. The moment Fuhrman goes over the fence is probably when he planted the bloody glove.

The jury didnt convict OJ but it’s not on them, They could see that the crime scen was a mess and sense the fix was probably in, and they were right! It was amateur hour framing and he simply couldn’t be convicted. This one is on Phillips, Vannatter and Fuhrman. The LA Detectives just didn’t feel like going through the work they were paid to do- proving OJ did it IN AN HONEST WAY.

Since he almost goes down for it anyway its safe to blame the whole fiasco on the bad cops who didn’t do their jobs. I’m glad I don’t live in LA cause that police department sort of scares me. Bad rep for a long time. They might come frame ME!

Instead of work the case right they decided to make it a slam dunk and planted some evidence. They were simply lazy (not that this isn’t corruption too). Best Guess was they didn’t yet appreciate the intense media focus that would pretty much expose the cavalier and bad investigation, if not the framing. Hey, maybe they knew the fix was in and thats why they non chalanted it a little? The crime scene was proven to be pretty much contaminated, so what if the blood was real at that point? It had been tracked through etc. Also; DNA was too new to be trusted yet.

Whats scary is they probably did it more than just this one time too. They were dishonest lazy bad cops.

Look no further than the cop who was holding on to the suspected murder weapon for fun if you think the LAPD was doing things right at this point.

So guilty, but framed. It’s the only theory that answers all the questions.

As a final thought- Judith Regan’s a ghoul for wanting to ever do this book and interview she’s promoting. What good can come of it? There’s no way to lock him up for it anymore. Double Jeopardy applies.

UPDATE – Judith Regan has responded to the assertions in this post, of all places on a twitter thread where I was bashing Smerconish for having her on- and maintains she did the interview with OJ to get a confession for the Goldmans. I didsagree. She vreated a legal fiction to try to protect OJ from paying on his settlement by trying to sell the OJ book as fiction about the murder. As far as I’m concerned I have enough in this blog post toexpand into a better book than what she was thinking of putting out, AND it wouldnt be anywhere near as ghoulish. I wont hold my breath….

To be fair and show her view heres the exchange 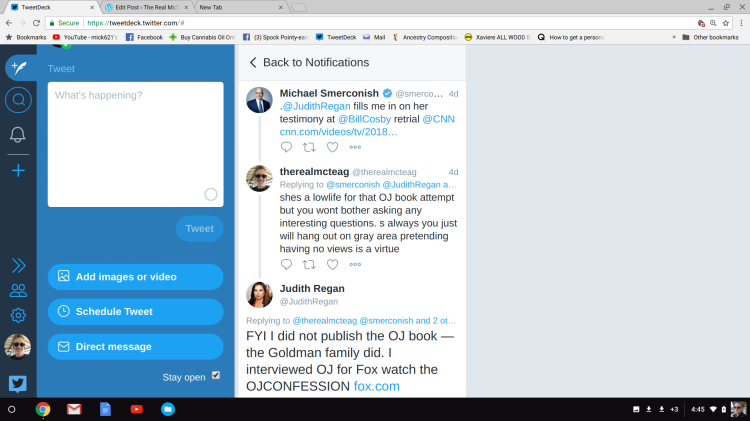 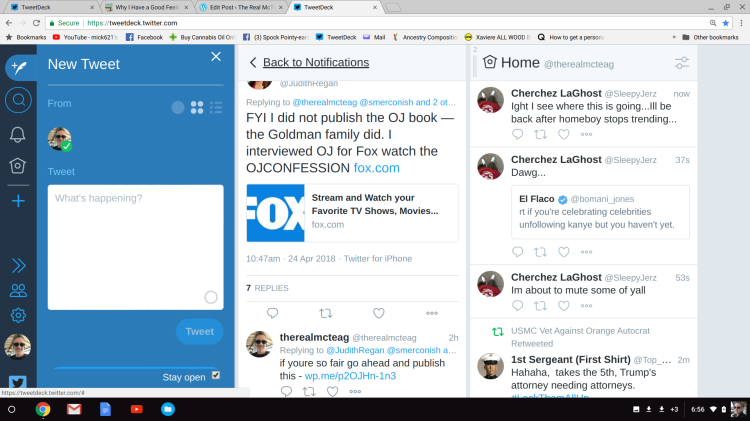 Nice try Judith, it was wrong and you know it.