Like all NRA spokespeople he never misses a chance to undermine faith in the police and puff about armed citizenry being the only REAL law enforcement. He’s sort of good at weaving anti-law enforcement themes and anti-media screeds. He also knows how to talk to any one group of people and have them walk away more unhappy, divided and intolerant of other peoples ideas then they were before he started.

I guess the first thing we ever hear in the non Gun Nut world is back in 2016 when he throws out some crazy thoughts that are hard to figure out about Law Enforcement and of course, the media.

When a black Minnesota Police officer shot and killed a black guy named Philando Castile right in front of his girlfriend and her 4 year old daughter Noir uncorked a wild but inventive example of stream of consciousness real-time Gaslighting and blameshifting. He was quick defend the guns involved. In fact, if Noir is to be believed, the problem wasn’t that Castile was armed; or that the voluntary revelation of Castile being armed freaked the cop out so badly he kills the guy in a cold panic; it was the media.

“because of the negative stereotype reinforced in the media about black men and guns, it wouldn’t completely surprise me if Yanez (the officer) felt more threatened by Philando because he was black.”

So in other words, Black people have been conditioned to fear black people? Does anyone want to really throw a blanket statement of such ignorance an entire race? (hint- Collins Iyare Idehen Jr. does!) Extra points for insincerely using the victims first name to seem more genuine.

All I can say about the terrible Castile tragedy is Officer Yanez was far too high strung to be a cop. If thats not at least manslaughter the local PD has to justify their methods AND their Psych-Eval. I’m truly sorry for his family. Maybe I’m crazy but i think it’s a horrible thing to use as a wedge to divide people. It’s even worse to just go and cash in off it. Its shifty and hurts society.

Im just gonna say it- Colion Noir seems like he is some sort self hating black guy and he plays the role well. Whether he’s a method actor who somehow believes it when he’s saying what plays well to the NRA crowd or just totally putting everyone on for some easy bucks is anyone’s guess.

Love him or hate him lets all appreciate the Golden Fuckin Thing Noir’s holding on to- he’s getting paid to make a pretty insane case; That more guns is the answer. That guns can’t possibly be bad and Professional Law Enforcement is never good. It’s a terrible set of beliefs and all of them are sort of UnAmerican, really. But it PAYS!

The last NRA President,Wayne LaPierre routinely pulls down 5 million bucks a year, Oliver North is surely getting more. Colion is doing well with this sweet new snake oil gig, his blood money salary will come out sooner or later (and I’ll update the post when it does) . Noir’s a very useful Quisling for the NRA as well as their youngest face, just 33 OR 34 years old (Wikipedia is unsure),

Colion Noirs job for the NRA is to basically back up radical right wing conspiracies as best he can. Simultaneously he’s every white bigots imaginary black friend who validates their crazy ideas; like what he said about Philando Castile’s race being legitimately concerning to the cops who shot him. I would say that qualifies him as particularly dangerous. A pretty good dissembler with a distaste for children and a great nom d’ plume he’s as toxic as Loathsome Dana Loesch

That the Russians love and back the NRA is a future blogpost of its own, but Colion Noir and the rest of them are sort of Putin’s Ring Wraiths, to borrow a term from Tolkien. They’re tied to Putins will as the sweet Russian money they’re getting to talk treason all day makes for easy livin’ if you dont care about your country. And no NRA spokesperson does.

Theyre Agents of the Kremlin. Its unlikely they’re not aware of this, but they probably have made sure not to think about it too much one way or the other. 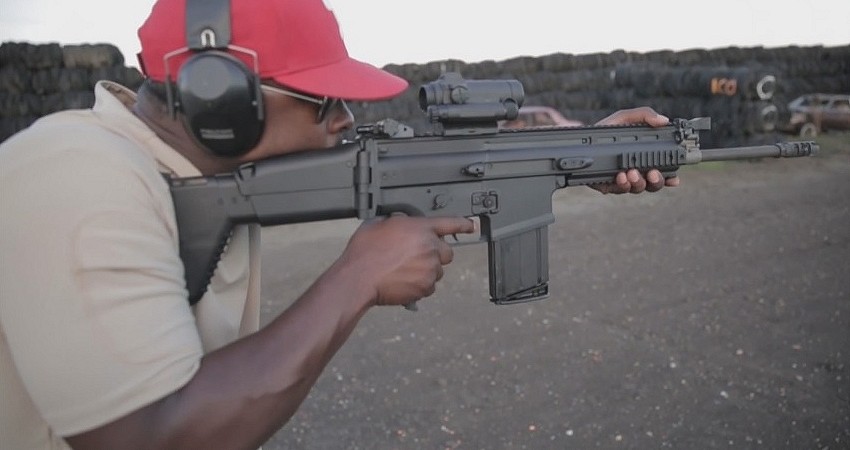