THANK YOU to the Replacements for your self sabotaging hatred of fame! The record company LOVED this album when they heard it! they loved it so much they printed a million copies! it was like investing in orange juice futures! It was a sure thing! When they told the band they had the next “Pyromania” on their hands the members get angry and rebel! They then spin off a bunch of terrible press appearances and some shows where they would only play KISS covers. They basically boycott themselves! Whats more fucked up then that?

Welcome to the self-hating world of being a Replacements fan! Now your marked for life and can’t Un-Hear this haunting record. The best part of it? they AREN’T motley crue! they sound nothing like guns n roses! This is the age of MTV and heavy rotation of the same videos over and over.
Youre a rock n roll outcast and LOVE it. The entire catalog is in the bargain bin!
You find yourself buying plaid suits at the thrift store and cutting your own hair because now YOURE rebelling against everything Glam too!
There are no T-shirts, T-shirts are for bands that aren’t in danger of breaking up or losing their contract every minute! No one will invest in creating the merchandise because no one believes they will make it through the tour!  the fans simply wear plaid all the time.
This will now forever be the band you put on when you drink too much alone (because everyone else hated them until 2014!). You will cry to their music when your girlfriend splits (you listening to the replacements will be part of why she leaves).
Like an Addicted Gambler you sit at the table squandering everyones patience because dammit, Matts fans are BORN not MADE. You refuse to Let It Be a Secret Shame and start talking about them all the time and wear your fandom as a Badge of Rock n Roll Honor.
The records great start to finish. theres no weak song. I think Paul Westerberg got so drunk he forgot he hates his own band and accidentally wrote songs that anyone 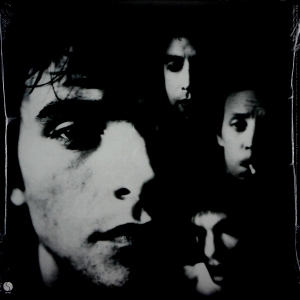 could enjoy (rather than eccentric but brilliant stuff with a narrow appeal). Their first ever ‘written for radio’ album has their first ever pure single and if you haven’t found “I’ll Be You” to be super compelling and haunting your in the wrong Rock n Roll place! The album is where all things come together and meet their Opposites. It’s Disorganized yet brilliant, impactful yet shy, angry yet regretful, passionate but inhibited. It reminds me of Beggars Banquet!
And its an exclusive club. No one else likes the Replacements. Their Kryptonite to girlfriends. its just INCOMPREHENSIBLE to most women. It just proves Winona Ryder is fuckin crazy because thats the ONLY chick who likes them!