Fresh back from seeing the Tolkien movie and I have to say the absence of Peter Jackson’s influence was the best thing about it. In other words, it wasn’t re-invented with lots of crying and conflict. It was pretty much an accurate life story.

It was also a good watch, more cinema than movie. This movie delivers on several levels.

Here’s some of the things I found charming

1- While the great authors childhood is somewhat truncated Colm Meaney delivers as the the Catholic priest who becomes guardian to the Tolkien brothers when JRR Tolkien is about 12.

2- The youth and education of Tolkien are well portrayed by a fine cast of children.

3- The young adult cast are superbly selected and there’s no wondering which one is which, they strongly resemble their younger counterparts

4- The Battle sequence that weaves the movie together is fantastic, horrific and beautiful all at once

5- The costumes and sets were great. From the civilian clothes to the military uniforms the feel of the movies very authentic.

6- Good use of CGI despite it not being ‘Avengers’ level

7- Since this generation only knows the fond old pipe smoking man from the photo on the back of the novels there was a real need to show what he was all about. 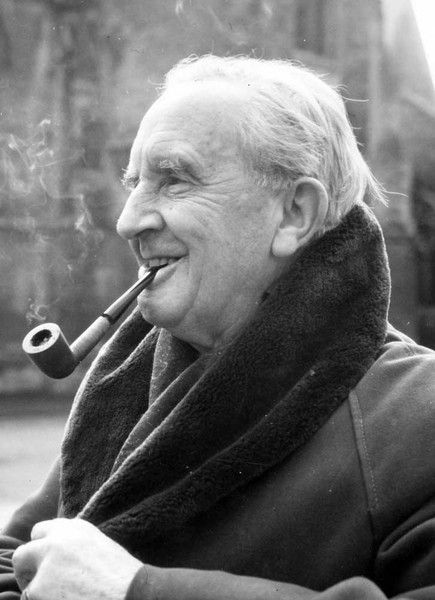 9- The script is unique and compelling

10- Its NOT a superhero movie. It’s about time!

12- Insights into his inspiration are well portrayed, especially as a he wanders the battlefield in a semi hallucinatory state from trench fever searching for a close friend

13- The word “Fellowship” will enter your lexicon

14- It’s DIFFERENT. If you blow this off you’re kind of saying you just want 25 superhero flicks a year. Throw 16 bucks at this and maybe we get a Silmarillion movie

15- Though grand in scale, its not grandiose. Its a relatable movie to anyone who knows friendship, love, loss, pain and shows you Tolkien’s so called  “Fire of Creation”.

16- Maybe if it does well we get a Tolkien book  made into a movie by someone other than disrespectful Peter Jackson. Dome Karukoski’s direction is spot on.

17- Most “Creative Process” movies are documentaries. It would be great to explore some great authors writing process in dramatic form….except that CS Lewis movie with Anthony Hopkins and Debra Winger, what a piece of crap!

18-For you Marvel die-hards, this doing well is probably the only way there’ll ever be a Stan Lee biopic. Let’s face it, with the deluge of Marvel movies we probably need one of those too.

19- We’re spared ALL MENTION of uber-boring CS Lewis who wrote dozens of stories but all of 3 good books whereas Tolkien wrote only 4 in his lifetime and all were incredible.

20- The foreseeable ending is exactly what you want

Was it perfect? No but it was not really flawed either. Pacing was good, the acting, story and directing are good. All the moving pieces unite well. While Tolkien was quite religious I do not think the word Catholic was in the movie. If you pay attention they use the term priest, but fantastic Colm Meaney’s wardrobe is more episcopalian to the eye. A catholic priest (my uncle whom I saw it with) confirmed a small percentage of catholic priests DID wear that garb around World War 1, so its still accurate in a sense. But probably less than 10% of the  priests of the time dressed that way. I don’t consider this a flaw.

So what are you waiting for? See this underrated piece of cinema

In a rare treat, I got to interact on Twitter with the creative force behind the movie just a little, I make no apologies for my admiring reactions. I truly enjoyed his movie;  here’s my twitter interaction with  Dome Karukoski –